AU REVOIR TO FOIE GRAS? THIS IS RUFFLING MY FEATHERS!!! 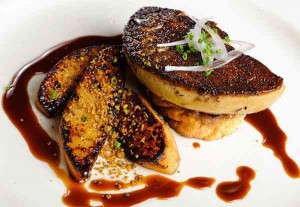 In eight months the sale of foie gras will be banned in California. Thanks to legislation that was signed into effect by then governor Arnold Schwarzenegger (he was a crappy actor too) in 2004, but included a July 2012 deadline to give foie gras producers time to come up with more sustainable methods. But with no alternatives insight July 2012 is a date fast approaching for local chefs, such as myself, who serve the popular delicacy. It is a delicacy in French cuisine. Foie gras flavor is rich, buttery and delicate. Foie gras is sold whole or is prepared chiiled in a mousse or pté, also seared (my favorite) as well as often is served as an accompaniment to another food item such as steak.

First off, I must say there is a lot of misinformation out there. These animals are not mistreated. The last thing you would want to do is mistreat an animal which you’re using to produce a luxury ingredient such as foie gras. . We don’t raise them to become pets. These ducks are rasied to be eaten. What is next? Beef? Chicken? I want people to have the freedom to eat what they want! Do I live in the United States of America?

Killing an animal for consumption isn’t inherently cruel and that is where my culinary friends and foodies alike and many in the anti-foie crowd will have to agree to disagree.

Check out my man Tony Bourdain on his show No Reservations: Foie Gras Not Cruel, as he takes you on a tour of my old friend Michael Ginor’s (owner of Hudson Valley Foie Gras) place in upstate new york. 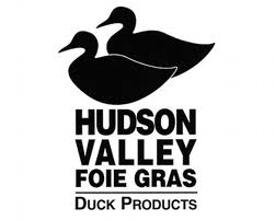 This is not the first time a community has tried to ban foie gras in the U.S. It was outlawed in Chicago in 2006 producing backlash from restaurants that ended up serving foie gras secretly. The ban lasted almost two years.

But the California law was approved overwhelmingly and support for it appears as strong as ever.  I’m told that violators of the law, when it goes into affect will face fines of up to $1,000 a day. After speaking to fellow chef friends from L.A to Napa, chefs are already thinking of ways to work around this new prohibition. 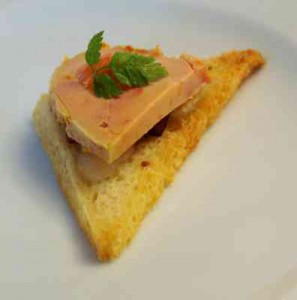 Personally, send the foie gras police my way!  My customers love ordering it on my menu and I have no intention of taking it off.

Pry the foie from my cold dead head! 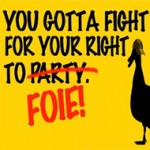